Once upon a time two students went for their Open Water course. Their instructor a fellow named Jack took them for the dives. When the skills were over and the two fellows came out they realized that Jack, the instructor was missing. They went down again looking for Jack but could not find him. Finally, an inquiry was launched and coast guards officer began to question them about what happened.

”Can you describe your instructor?” The investigating officer asked.

”Jack was wearing a black mask.” One of them responded.

”Can you be more specific? Scuba masks tend to be black most of the time.” The investigating officer said.

They thought for a while and then the second student said ”He wore a black wetsuit!”

The investigating officer said, ”On any dive boat a black wetsuit is the most common one. Can you be more specific? Did Jack have blonde hair? Was he green eyed? You guys have to tell me something unique about him that does not apply to everyday Joe on a dive boat.”

Now both the students thought for a very long time and then one of them said, ”Jack was gifted with a very unique feature that no one in the world has. He was a man who had two ass-holes!”

The investigating officer was extremely intrigued. ”Two ass holes!!! Are you guys serious?”

Both of them nodded.

Investigating officer asked ”How can you guys be so sure of something so personal?”

”It was a very well known thing in the diving community.” One of the students replied. ”Everyone in the diving circles knew that Jack was gifted with two ass holes instead of one.”

”But how did you know?” Investigating officer asked.

The student said, ”Wherever he took the two of us to meet other divers, people would always say ”Here comes Jack with two ass-holes.” 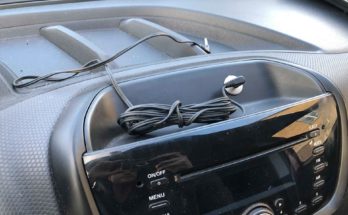 How to install AUX input in your Fiat Doblo 2012